Rise of the Knights 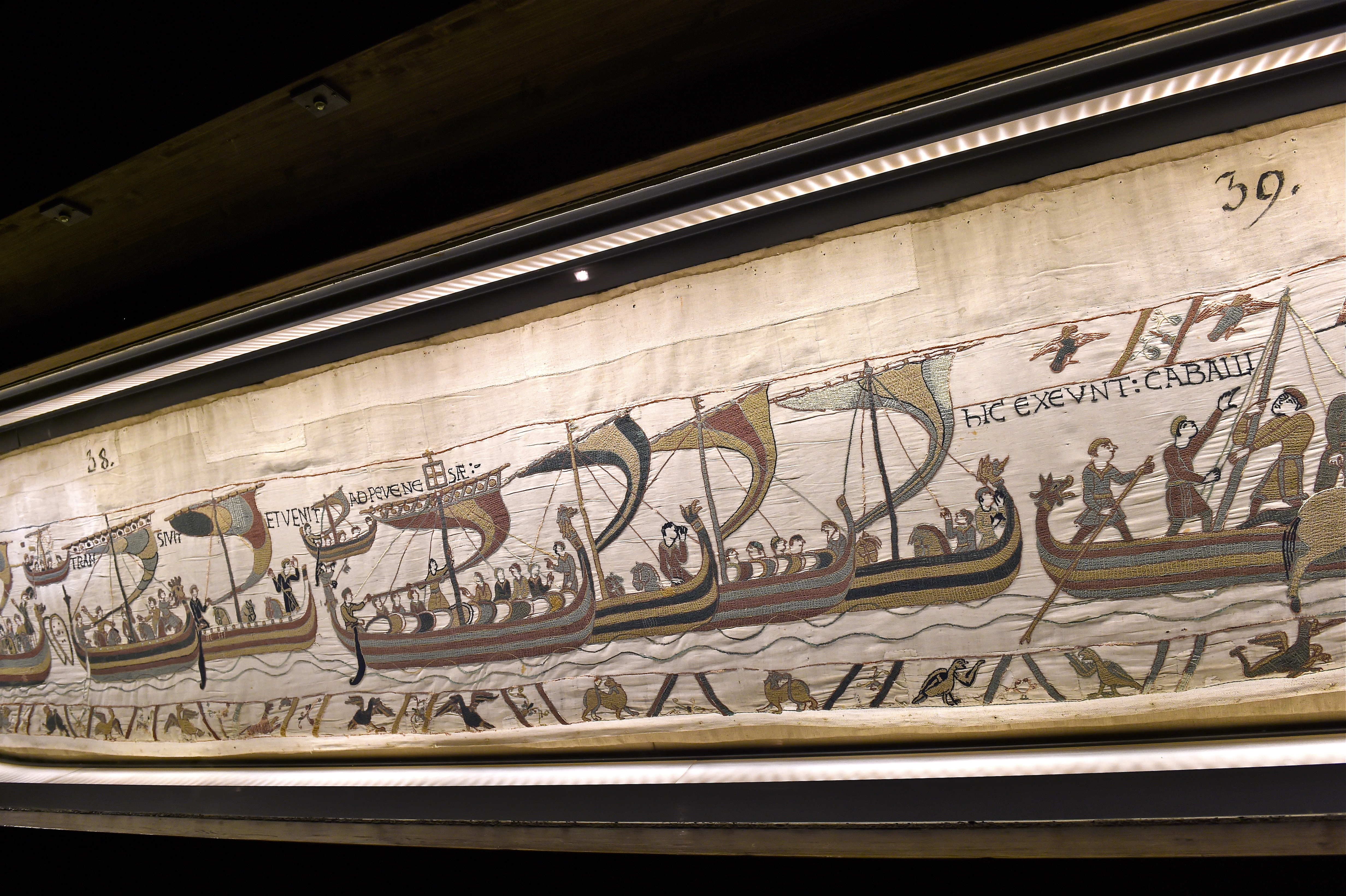 Science for the sake of History:
The revelations of the Bayeux Tapestry

The Bayeux Tapestry, still preserved in Normandy, is designated as a UNESCO World Heritage Site.
This immense embroidery of nearly 70 meters long recounts the invasion of the Kingdom of England in 1066 by William, Duke of Normandy.
It traces an unparalleled odyssey through a period of major upheavals in History: that of the early Middle Ages and the advent of the feudal system in Europe. That of the end of the last Vikings.

The conquest of the English throne by William the Conqueror is a turning point for English historians. It is the last time the Kingdom is invaded. After submitting the country in less than 20 years, the Norman noblemen will replace more than 80% of the Anglo-Saxon chiefs of Viking ancestry in positions of power. For three centuries, the Anglo-Norman nobility did not understand the language spoken by its subjects. This English “Alesia” is known to all British schoolchildren. A date that marks the birth of “modern” England as a state.

After three years of work, the engineers at the University of Caen have finished assembling thousands of images in ultra-high definition to make only one. The result: a huge computer file that gives the possibility to zoom down to the finest thread of the canvas to analyse each detail of the embroidery. This digitization now allows teams from all over the world to study the Bayeux tapestry. However, the Tapestry is not only the chronicle of a founding act. The embroidery retains its share of mysteries, intriguing for centuries with its many apparent inconsistencies and its share of enigmas that remain to be solved.
With its multitude of characters, boats, horses and monuments, the embroidery stands for an exceptional archive of these obscure times. But the problem that researchers have long faced is precisely the uniqueness of this chronicle. In the absence of other documents of comparable scope, can we say that the Tapestry is a reliable witness to these remote times? What do the current
research tell us?

In the form of an investigation, we will solve the perpetual enigmas of this “cold case” that has lasted for centuries. In the light of these latest discoveries, the Tapestry invites us to a true journey through time. Thanks to the collaboration of many disciplines: archaeologists, experimental archaeologists, historians, palaeographers, multi-spectral imaging technicians… the researchers succeed in revealing the secrets of the Tapestry.
Using the latest research techniques and comparing them with the most recent archaeological excavations, the embroidery also opens an unprecedented view of the exact context of William of Normandy’s Conquest of the Throne of England and the end of the Viking civilisation… or rather the dilution of their culture in Europe. Neil Young, the Grounds of Wrath
Next