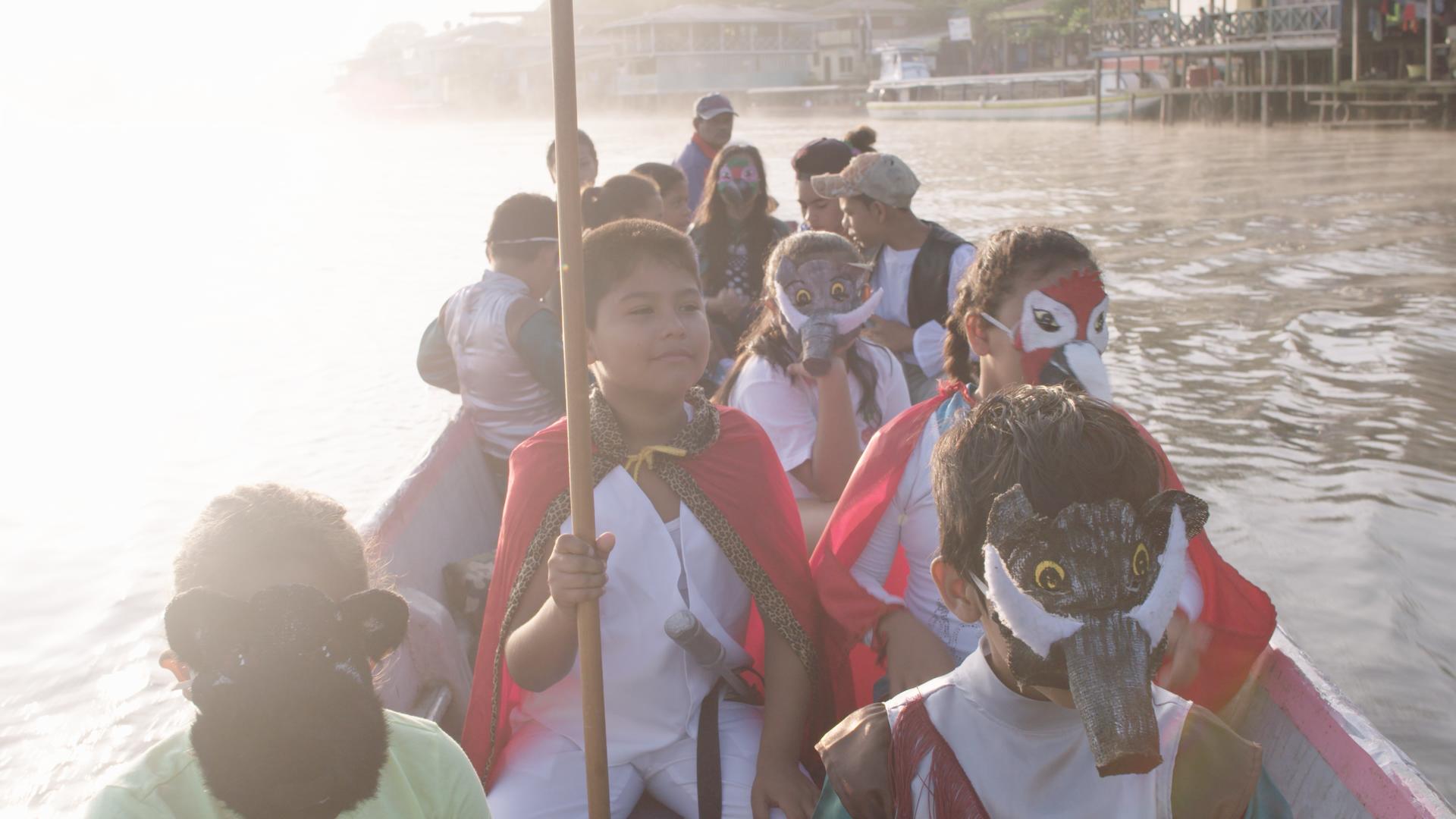 The San Juan River located between the Atlantic and Pacific oceans in Nicaragua, symbolises 500 years of colonisation and exploitation of resources and has seen over 70 canal projects fail. Now, a Chinese businessman wants to control the route that Columbus had already desperately been looking for when he reached the “New World”.

Actor and teacher Yemn returns to his native village El Castillo and turns the fortress ruins overlooking the river into a stage for the local youth theatre group, a sanctuary for open discussion and critical thinking. While their families struggle with poverty and obligation to migrate to wealthy neighbour Costa Rica in order to make ends meet, the kids rehearse a play about their river’s history.

The kids reflect upon essential questions: what is their identity? What can they learn from History? And at a time where freedom of speech has been repressed, where is the country going to?

“In River Tales, there are no images of Daniel Ortega, president of Nicaragua for 14 years: denounced for his corruption and authoritarianism, he attempted to relaunch the senseless project of an interoceanic canal across the country to link the Atlantic and Pacific Oceans, to compete with his Panamanian neighbour. No images either of Chinese billionaire Wang Jing, president of the HKDN Nicaragua Canal Development. Heading this titanic project costing $40 billion like a modern pharaoh, Wang had long promised economic benefits for the country and its citizens, before disappearing in 2015 following the Chinese market crash. The dream of this canal using the water of the San Juan river goes back to 1524, while the conquistador Hernán Cortés saw it as the key to world domination…

Absent from the film, which was recently screened at the Luxembourg City Film Festival, the faces of these supposedly great men are nevertheless heavily felt in the film’s subtext. This is one of the strengths of the discourse built by Julie Schroell who always favours suggestion over frontal denunciation. She gives her eminently political (and environmentalist) documentary a lyrical tone, sometimes even evanescent, close to the fable. This is especially felt in the slow pans of the river, to the sound of a soft melody.

The San Juan river, which traverses the big majority of the country, is filmed like a calm, sometimes even peaceful expanse, but one that is definitely scarred. Once clear, its troubled waters are for the Nicaraguans of today the symbol of 500 years of colonisation and exploitation of natural resources. For the millions of residents who live on its shores, some of them fishermen but more often unemployed, San Juan also represents a constantly challenged future. Among the families followed by the director, one man leaves his home every week to go work in Costa Rica where the economic situation is more favourable. Under the simultaneously admiring and puzzled gaze of his son, this man gets on a boat with other workers victim of a situation outside of their control. In that context, how could future generations take back control of their country and traditions?

It is these young people spread across the borders of the river that Julie Schroell films with rare grace and gentleness. This new generation of men and women who are used to lies are the future of the country. River Tales gathers the faces of the children of the river at the precise moment where they are old enough to understand.

On location, the director met Yemn Jordan Taisigûe López, a theatre professor who set up, with young villagers, a play about the river’s history at the time of the Spanish conquests. The character is fascinating due to his sense for pedagogy and his knowledge of the country’s history. But the play rehearsals are most of all occasions to look for all the gestures revealing the birth of historical, social and political awareness in the young actors. Like this moment where a teenager puts on an indigenous costume to play his very distant ancestors: his pensive gaze reveals a sudden understanding of implications reaching far beyond the theatre play. We later find him lying down on the floor, his eyes closed, participating in an exercise which consists in imagining the virgin edges of the river before the arrival of the conquistadors: this sublime sequence — punctuated with images showing the water of the San Juan river plunged in the fog and the abundant forest — reveals on its own the film’s power. A barely concealed way to remind us that Nicaragua is the fourth country in the world to be the most threatened by climate change…

Produced by Jesus Gonzalez-Elvira of Calach Films, River Tales is what we might call a precious and necessary documentary. Its delicate and complex aesthetic also makes it a beautiful moment of cinema.” 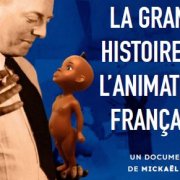 The Great History of Animation Cinema in France
Next 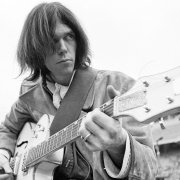